Penny Barnes grew up in rural Norfolk and spent most of her childhood in wellies! In 1994 she graduated from her four year teaching degree (B.Ed Hons), having studied Music and P.E., alongside primary education at Liverpool Institute of Higher Education (now called Liverpool Hope University) – a far cry from rural Norfolk.

Penny taught in Rochdale for two years then moved to Sheffield and taught across the primary age range, from Reception (F2) to Year 6, for several years in an inner city primary. It was here that Penny trained as a Reading Recovery Teacher and took on a number of senior leadership roles.

Her career continued at Rivelin Primary School; a different and larger Sheffield primary school, during which time she had her two children. This led to the decision to relocate to Suffolk in 2007 where she continued to teach across the primary age range at Otley Primary School, until joining Woodbridge Primary in June of 2015. Penny has been teaching within Woodbridge Primary School in various capacities. Penny was an incredibly vibrant and popular Y5 teacher at WPS from 2015 – 2017 then she taught in various classes as a supply teacher.

Penny enjoys karate, swimming, gardening and going for walks with family and friends. 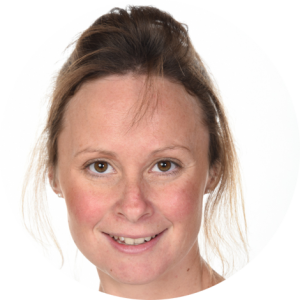 Vanessa Girling grew up in Ipswich and studied to become a teacher at Canterbury Christ Church University. She has been teaching for 11 years across a variety of schools in Suffolk, mostly within Key Stage Two. She has also had the role of PE coordinator within these schools.

In her spare time, Vanessa is a keen runner, fitness enthusiast and has an interest in the natural world. She also looks after and owns her own horse. Furthermore, she is a mother of 3 bubbly children.
Menu
This website uses cookies for Analytics and Security. If you continue to use this site, you agree with our Privacy Policy
Ok