Emma grew up in Ipswich and attended the University of Suffolk where she gained a BSc (Hons) in Criminology. Following this, Emma had a short career in Youth Work, where she supported young offenders and children in care, before training to become a teacher in 2014.
Emma joined Woodbridge Primary School in January 2018 and teaches in Year 5.
In her spare time, she enjoys socialising with her friends and family, reading and doing lots of lovely things with her two fabulous girls! 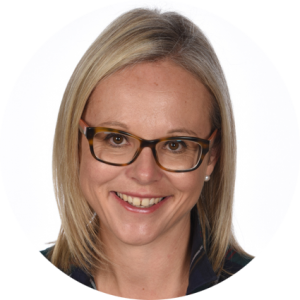 Claire Bradshaw was raised in Bedfordshire and went to Nottingham Trent University to study Media & Communication. She graduated in 1998 and took a gap year to travel around the world. On her return to the UK she became the producer of an internet start-up in Buckingham and after several years in this post, she met her (teacher) husband. Claire then moved back to Nottingham where she undertook a Graduate Teaching Programme; Claire’s first teaching post was at Repton Primary School as a Y1 class teacher.

In 2006 Claire had her first son and in 2009 her husband’s job brought the family to Suffolk and she had her second son. Once settled in Woodbridge, Claire began working at Woodbridge Primary school doing PPA cover in the nursery, since then she has developed her role and now covers classes across the school.

Claire enjoys spending time with her family (particularly if it means going to the beach!) She also enjoys eating out and time spent catching up with her friends. 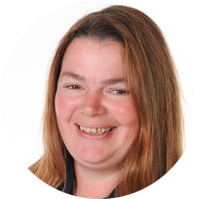