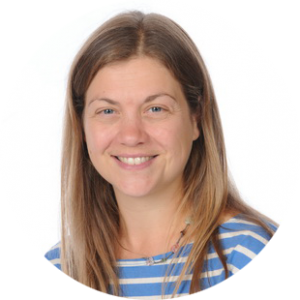 Tracey has worked in early years education for a long time now and in a variety of roles. She obtained a BA (HONS) in Early Childhood Studies and Art & Design and a PGCE with Early Years specialism in 2002.
Tracey started her teaching career at Southwold Primary School in mixed Key Stage classes then went onto Grange Primary, Felixstowe teaching in the nursery class. She gained a Farmington fellowship in 2012 and developed RE teaching materials for EYFS & KS1.
Tracey is the Nursery Teacher and Early Years Lead at Woodbridge Primary. Tracey was part of a study tour to Denmark and this positively influenced her early years practice; in particular the impact of teaching in the great outdoors. Tracey says that it is a real privilege to support both children and parents at the beginning of their educational journey at Woodbridge Primary School.
Tracey  is mother to two children, both of whom have attended Woodbridge Primary. She enjoys spending time with her family; walking and visiting the theatre.
Tracey is part of the Senior Management Team and leads EYFS education. 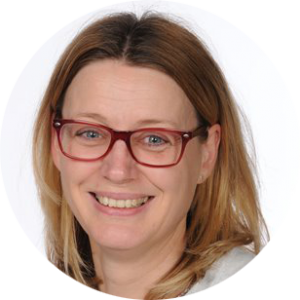 Manuela is the Early Years Leader in the afternoons. Manuela’s family moved to the UK from Berlin and her three children have all been educated at Woodbridge Primary School. Manuela has been involved with the school since 2005 in both voluntary and paid roles. She is a local Scout leader and enjoy camping, walking and other outdoor activities. When she gets some spare time she bakes as she has a passion for bread and cakes! 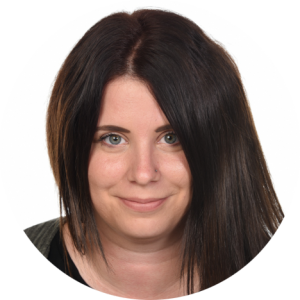 Lucie studied Level 3 Early Years Educator at Suffolk New College and previously worked as a play worker with children with a range of learning difficulties/disabilities, which she found highly rewarding.

Lucie grew up in Ipswich but moved to Woodbridge in 2014 with her two daughters, both of whom came/come to Woodbridge Primary.
Lucie has worked within nursery (F1) since 2015 as an Early Years Practitioner and, in January 2020, she became the Leader of our wrap-around club, Willow Garden, having spent a number of years working at the Breakfast and After School Clubs.
In her spare time Lucie enjoys spending time with her girls, exploring new places and being outdoors.
Lucie is also the Leader of Willow Garden.
This website uses cookies for Analytics and Security. If you continue to use this site, you agree with our Privacy Policy