Y5 – What Makes you Smile

2nd November 2020
Catie Hodges
Art, Competitions, Y5
The winners of the competition were announced last week and Lucy W was named as a runner-up in the UK wide competition. Well done Lucy! Her picture can be seen on the website here.
https://www.tes.com/news/winners-what-makes-you-smile-competition-announced

Year 5 have been working on a competition organised by the Children’s Bookshow to create pictures with the theme “What makes you smile”. http://thechildrensbookshow.com/news/what-makes-you-smile-competition

A number of pictures have been sent to London to enter the competition with the work of three children being picked out by Mr Krisson and Mrs Hodges as warranting a prize from Mr Krisson’s drawer too. They are Eliza, Lily S and Olivia!

We also wanted to recognise the children’s hardwork by using the pictures to bring cheer to others locally. We have, therefore, used the pictures to create cards to send to the residents of Haughgate House – the same care home where this class sang carols, two years ago, when they were in Year 3. All the children’s pictures have been scanned and can be seen here… Y5 Happiness Pictures 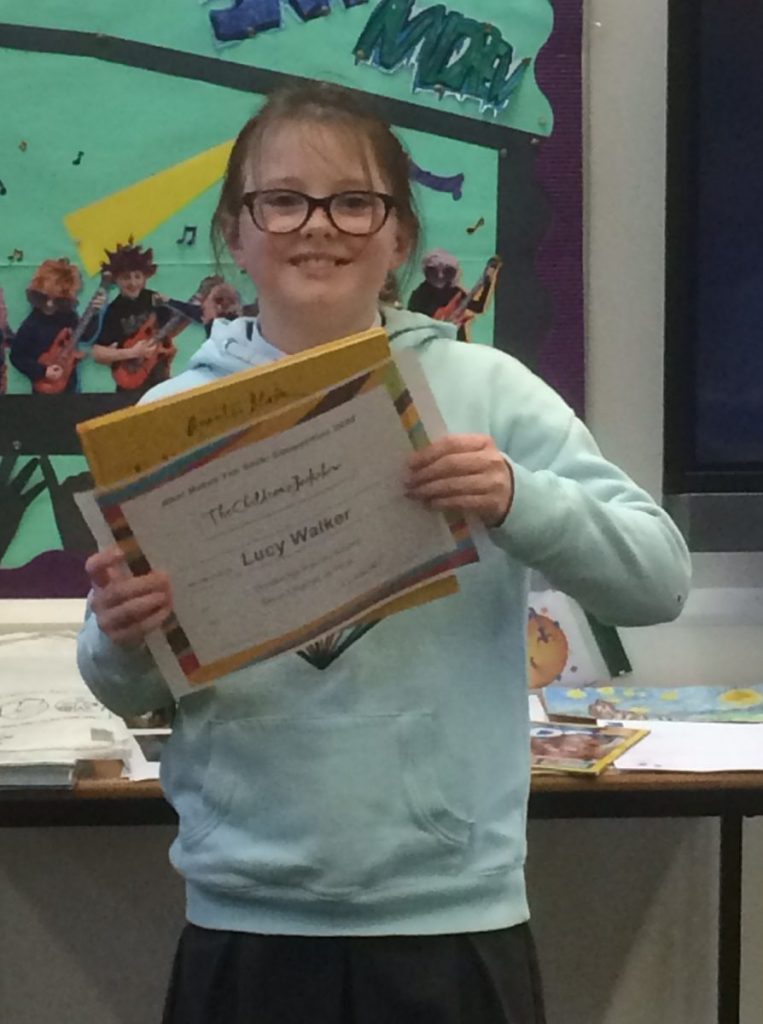